Rishikesh is a contrast to it, held in a small place with a few people and is a comparatively quite affair. You can sit calmly in a corner and witness the ritual or join the crowds singing Bhajans with them. Everyone present for the aarti was engaged likewise. Thus, innumerable floating lamps adorned the rapid current of the Ganga. The starry night sky seemed to be a reflection of the river below. The river, revered as mother, looked dazzling, clad in a sari embroidered in flickering flames of gold. Rishikesh was heaven in divinity's lap. The aarti is a pleasant ritual of worshipping the Ganga. Roughly 50-100 people visit the aarti on any day.

Lakshman Jhula is an iron suspension bridge situated in Rishikesh. It is made over river Ganges to cross the river and is a landmark of Rishikesh

Gita Bhawan is situated on the banks of the holy river Ganges, amidst the Himalayan mountains at Swargashram Rishikesh. It consists of a very large complex comprising discourse halls and over 1000 rooms available free of charge for the stay of devotees. Regular discourses are organised. A large number of devotees visit and stay here for holy Ganges dip, listening to discourses and sadhana & meditation. During the summer months (end -April to early-July), day-long special Satsang programs are arranged and devotees flock in thousands to attend it.

Sri Hemkunt Sahib Gurudwara distance from Shivpuri Rishikesh is 260 km, situated at a height of over 15,000 feet above the sea level in the Himalayan ranges of northern India, Sri Hemkunt Sahib has emerged as a popular centre of Sikh Pilgrimage which is visited by thousands of devotees from all over the world every summer. In spite of difficult terrain where Hemkunt is situated, devotees from all over the world make it to this unique Sikh shrine every summer. Shivpuri Rishikesh is starting point of hill route and ending point of hill road while coming back from Sri Hemkunt Sahib. Pilgrims stay at Shivpuri in Chanakya Resort.

Badrinath Temple is at distance of 280 km from Shivpuri Rishikesh, also called Badrinarayan Temple, is a Hindu temple dedicated to Vishnu which is situated in the town of Badrinath in Uttarakhand. The temple and town form one of the four Char Dham and Chota Char Dham pilgrimage sites. The temple is also one of the 108 Divya Desams dedicated to Vishnu, who is worshipped as Badrinath—holy shrines for Vaishnavites. Throughout the route from Shivpuri Rishikesh to Badrinath, there are numerouse pilgrimage sites at Devprayag, Rudraprayag, Karnprayag. Shivpuri Rishikesh is starting point of hill route and ending point of hill road while coming back from Badrinath. Pilgrims stay at Shivpuri in Chanakya Resort.

Kedarnath temple distance from Shivpuri Rishikesh is 205 km, is one of the holiest Hindu temples dedicated to the god Shiva. The temple and town form one of the four Char Dham It is on the Garhwal Himalayan range near the Mandakini river in Kedarnath, Uttarakhand. Due to extreme weather conditions, the temple is open only between April-November. Shivpuri Rishikesh is starting point of hill route and ending point of hill road while coming back from Kedarnath. Pilgrims stay at Shivpuri in Chanakya Resort.

Vashistha cave is cave (Gufa) of great sage Vashistha. Vashistha was one of the Saptarishis (Seven Great Sages) in ancient India. Vashistha was manas putra of Lord Brahma & Guru of Lord Ram. This cave is located 7 kms far from Shivpuri Rishikesh & it is believed that Vashistha Rishi meditated here. This cave is most beautiful place of meditation. Legends say that Vashistha came here at River Ganga for suicide after death of his children. River Ganga refused his suicide. Arundhati (Wife of Vashistha) decided to stay here because she liked the atmosphere. Sage Vashistha meditated here. Later it was maintained by small family for many years. During 1930 Swami Purshottamanand came here & maintained this place. Currently Swami Chaitanyanand Ji (disciple of Swami Purshottamanand) is head of the ashram. 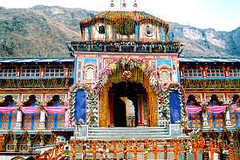 Rishikesh is a hub of pilgrims, main religious places- Ganga Aarti, Lakshman Jhula, Gita Bhavan, Parmarth Niketan, Bharat Mandir, Neelkanth, Swami Vashishth Cave. Visitors can take holy dip in Ganges. The nearest International Airport is Indira Gandhi International at New Delhi at a distance of225 KM and domestic Airport at Jollygrant at a distance of 19 kms. From Delhi roughly, it would take 6 hrs By Road on day-travel and 5 hrs by night. Bus terminal and Railway station are available at Rishikesh.

Ganga River Rafting starting point is just 200 mtrs from Chanakya Resort. Guests can indulge in White Water Rafting, Kayaking, Rappelling, Trekking.         Pre-Wedding Photoshoot -Chanakya Resort is the best place offering scenic locations have beautiful garden setup with Fairy Lights and Bonfire with mountain valley view. We help you create magical moments with customised setups making you feel all together in a different area, gives you the memory to always cherish and thank to give you those moments.

Neer Garh Waterfall is situated about 6 km from Shivpuri to Laxmanjhoola. Trekking and motor bike/car through waterfalls and passing by shallow pool provides you with genuine taste. The waterfall is small, not many people visit these waterfalls and they are a pleasant place to visit and to spend a couple of hours. The shorter walk through the forest to the waterfall is beautiful. Must visit. And don’t stop at 1st or 2nd point., there are total 3 waterfalls. Don’t forget to bring your swimming trunks and towels.